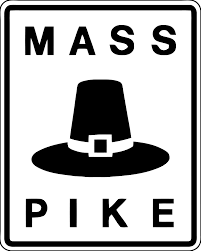 From MASSLIVE.COM: It’s official. After years of planning that started under the administration of former Gov. Deval Patrick, toll booths along the Massachusetts Turnpike officially shut down at 9:45 p.m. Friday.

It is my honah to announce that, like, the Pike is now totally automated, dude. We have installed all the gantries and cameras and whatnot ovah the road, and they ah mostly working. Theyah will be a slight delay between, like, the time we fiah all the workahs and turn on the gantries, but, like, this is a small price to pay for movin’ the Commonwealth into the 20th century.

I am truly grateful to all the workahs who have peacefully left theyah jobs in an oahdahly fashion because they recognize that an automated Pike is such an impoahtant step towahds the growth of the Commonwealth. And even though the Sox didn’t go all the way we can take solace knowing that Tom Brady is still out theyah doin’ his thing to make America great.

I also want to thank the State Police who stood out theyah next to countless orange barrels (also thanks to Sully for the barrels!) talking with each othah, or sat in theyah cruisahs and looked at the cahs goin’ about theyah days. You ah all heroes, dude.

So with the blessing of Govahnah Bakah I hereby declare that the Massachusetts Turnpike is now officially the most advanced, driverless-cah-ready turnpike in all of New England. Oh, and we love you Big Papi!

This site uses Akismet to reduce spam. Learn how your comment data is processed.